This is my prediction on how this NBA season could develop individually for the Dallas "Mavericks" stars Kristaps Porziņģis and Luka Dončič, Los Angeles "Lakers" LeBron James and Washington "Wizards" Davis Bertāns.

(* I understand that he got back injury early in the season, but that doesn't change what is in general happening in his horoscope now and further on. Unfortunately he stepped on day-to-day mine, which threw him back. Now he will have to get back in playing rhythm and it is hard to predict will he be ready to play at full strenght or maybe he will continue to struggle for some time.)

At the beginning of the season, there should be a great expression of physical ability, good physical shape, in the background there is an indication of great endurance, athletic perseverance, successful overcoming of difficulties. General well-being.* Great feeling about the season, the team and his own abilities. As December approaches, first decline of performance may come. As with tied hands, limited success, depressing cut. In mid-December, KP should be careful not to overwork or overdo. In turn, the very end of the year should end on a successful note, if not in public, then in personal life. The last decade of January next year may come with a number of problems. A possible drop in performance will provoke more criticism. Inadequate performance can be a challenge, while attempts to do more by all means can make the situation worse. So it's better not to overdo, but go with the flow. There might be some misunderstandings within the team at that time. Overall, the February, March period should be very successful and powerful for him. I think, that his performance could be the most productive in this cut of the season. As well, his performance can arouse great public admiration. In February, I would advise him to watch out for some kind of decoys. Some sort of "blues" and confusion could come up in the middle. It would definitely be advisable not to get into any kind of scandals, trouble, as he could become a scapegoat. I think that he will end the season in a similar level of productivity and quality of performance as in already mentioned February, March. But at the end of the season, health issues can be challenging. It is possible that he might start the play-offs either not completely healthy or in a much weakened physical form (which, of course, is understandable after a long season, but in KP’s case it is more emphasized at this point, in mid-April). Overcoming this moment of weakness, the rest of April looks promising in terms of performance. The question then will be how long the Mavs season will last. The beginning of May can come with disappointment in the team's performance and such bitter feelings of non-fulfillment.

At the beginning of the season there should be a feeling that: "We can do it!" Closer to December or in the first half of December there might come a natural decline of his physical form. Therefore, decline of his performance. In a worst case scenario, injury, because the desire or pursuit for better results will be great, but the real time conditions won’t allow him to achieve them. After this kind of fall, the end of December promises to come with a big rise, a return to his usual almost triple-double level. Mid-January might come with a feeling of restraint, fatigue or tiredness, when nothing happens as wanted. In turn, the beginning of February promises great athletic vigor and success, when things get going, some kind of splendor, but with quite a lot of effort. At the beginning of March, all sorts of internal cockroaches may start to come out, and later in March, intolerant communication may be more pronounced. At the end of March, the beginning of April, Luka may have to face some problems from the past, some kind of unresolved issues, which will be dragged on later next season. Most of April might be spent in a rather intense and heated atmosphere. There should be a fighting spirit attitude and a desire to do a lot, but what all the astrological background suggests is to reorient this from doing everything by himself to help making his teammates better. Unfortunately, in May, when usually the play-offs are already in full swing, I don't see anything particularly favorable for Luka. If he will be wise and reasonable at that time and will play more for the team, then success might come, but if not, then he will most likely burn his own efforts with no great results. However, if he overcomes this unfortunate and tense period with a negative connotation, then from the middle of May all the locks could be opened and everything should go out of hand. The only question is, whether the Mavericks will still be in the play-offs at that point.

Bertans should be patient and keep playing with cool head at the beginning of the season. The period of time full of challenges, difficulties and struggles gradually is coming to an end. Until the end of this year there should be mixed success with ups and downs, after good games there might be some when he stays empty. Closer to mid-November, all the absences will be exacerbated by an extra planetary tension, which will create the feeling that the foundation is somehow disappearing underfoot. As I write this (10/26), Dāvis played a great match, hitting decisive triple against the Celtics, but closer to November and in the coming weeks he should be careful not to overdo it, because the will and inner power will be at high levels. Where there is great power, there is great discharge, where there is great discharge, there is great resistance, so he should be cautious and careful by avoiding injuries. Not that everything is just bad. Until the end of November, shooting accuracy should be good, with some drops at times, considering whole background of planetary tension. Most importantly for him is to understand that it will pass and there will be better days ahead. In mid-December, a great influx of optimism may come and a pleasant atmosphere on the team, good understanding with teammates. In general, last year and this year is a very important time period in Bertans life, because one 29 year long Saturn cycle ends and another starts on January. (At this age everybody’s life gets some way a fundamentally new shape. It is a transitional period which starts approx. 2 years before 29.) At the beginning of February, there might come some confusion, such as uncertainty about the future. In turn, in March, even if there will be a lot of unknowns, probably about the next season and a new contract, his overall feeling should be good and hopeful. At the beginning of March, Davis can successfully use the given opportunities and even surprise everybody. However, later in the middle and end of March, there may be a sharp drop in performance or, for example, (for unknown reasons) limited playing time (perhaps due to health problems). Once this slump will be over, new opportunities should come and he may prove once again his strengths and usefulness for the team. April may become as a stardom for Bertans, when he might shine brightly. The tensions of the planets will alternate with harmonies in his horoscope, so that there will be both power and success. How will he use it, of course, depends on himself. (I recommend him to avoid injuries in early April.)

Despite the fact that Lebron James is almost 37 years young, the internal power and fitness at the beginning of the season should be great. Gradually, not immediately. The start of the season is a good time for him to use help from other teammates to get results (good example is Anthony's performance in last few games). This doesn’t mean that others will be ready for his requirements, so as we see in the first games, everything does not go so smoothly. The most difficult stage of this season for him promises to be around mid-November. After this fall, there should be a period of time when playing will bring a lot of fun and enjoyment, and what is important at his age, without much overload. However, at the beginning of December some kind of internal doubts may arise about his ideals or world views, and they might be challenged, there may be situations where he will have to explain his positions. This situation seems to me to be related to what will be happening around and outside of basketball. Nevertheless, until the beginning of February, he should be confident about himself and the whole situation and where the team is heading. He’d be like: "Let others do as they please, in spite of everything, we will have the last word at the end." He may have idealized confidence in team’s abilities. I must note that Lebron himself is likely to be successful in most of December and will be able to successfully involve others. Such as an example and leader for others. About a month before birthdays, everybody’s productivity tends to decrease. Then this manifestation, perhaps, will not be reflected in his scoring stats, but in the creation of situations and involvment of others. Although in the case of James, statistics show that it is only about a week before his birthday when there is a drop in performance. January and February could be a crucial point and successful time to pick up the season. At this point, his big career experience can greatly help moving forward. Individually, January could be the most successful month of the season. His balanced mindset should help him to find right solutions. Although most likely he will play games at full capacity and will not give an easy path to anyone, considering his age, it can all come through great physical pain and suffering, which, of course, remains invisible to the viewer. This could be just one small moment of weakness, after which his health situation should improve. February might be spent in good physical condition. The fighting spirit will increase. In March, there may be some communication problems, possibly ill-considered statements. The worst part of his personality may reveal. It seems that the beginning of April may come with great optimism, no worries. Up until June, all problems may seem small and solvable. In addition, there should be such a positive confidence, tact and composure that he can take the reins of his career in his hands and steer it in the right direction. However, everything should not go so smoothly, not without problems or obstacles. The season's outcome may be overwhelmed by the performance of others – either teammates may not be at their best to succeed or opponents may simply be better. It will be a time of great career opportunities, but also great challenges. The positive thing is that Mr. LeBron James most likely will be ready to succeed. 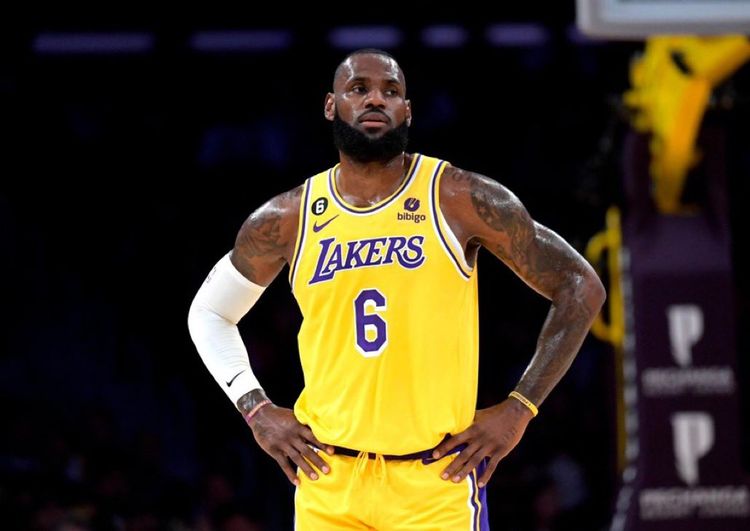 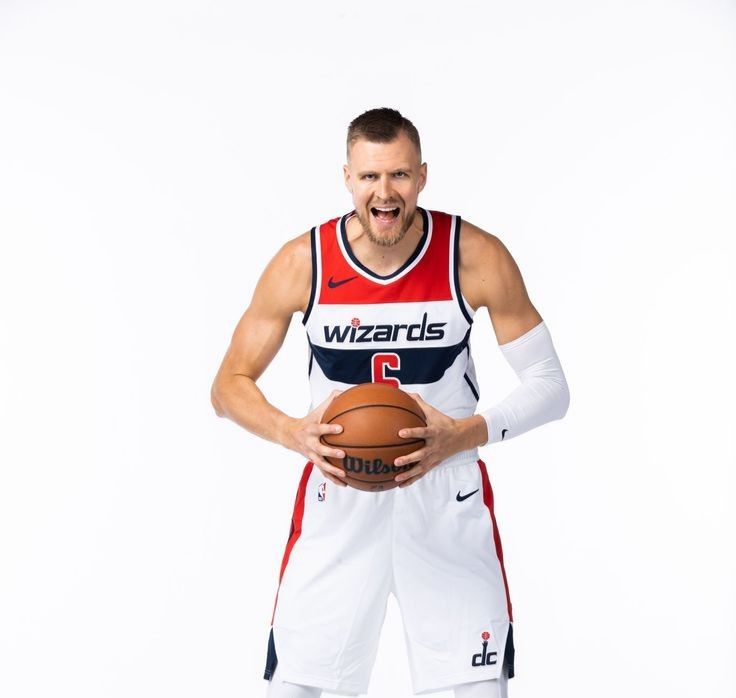 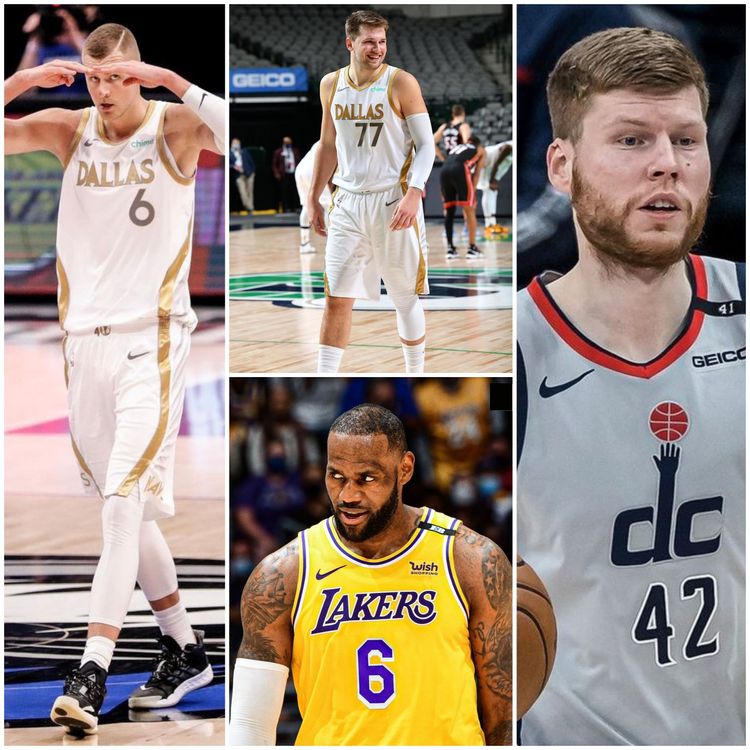 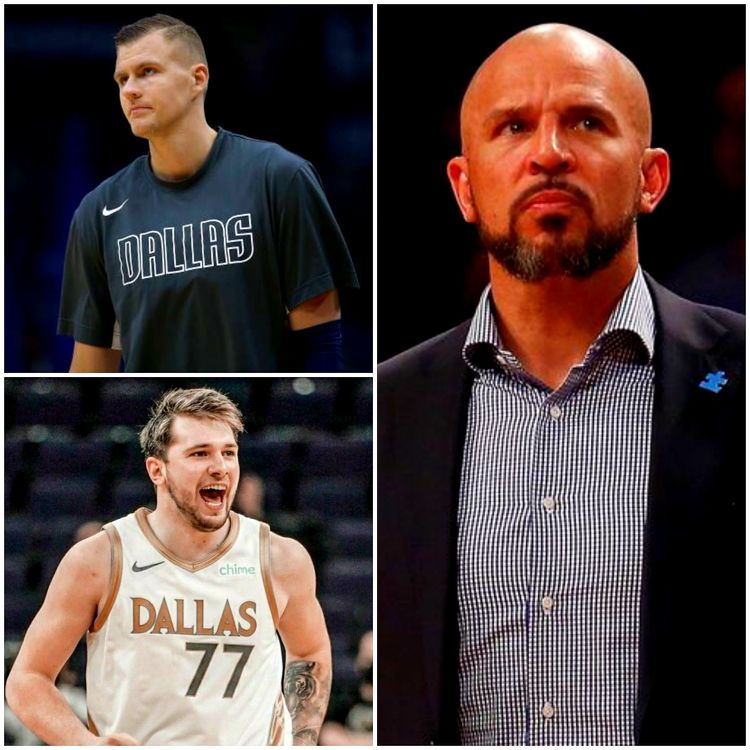 As the new 75th NBA season approaches, questions around Kristaps Porziņģis’ progress as a member of the Dallas Mavericks and
Oct 19, 2021
23 min read